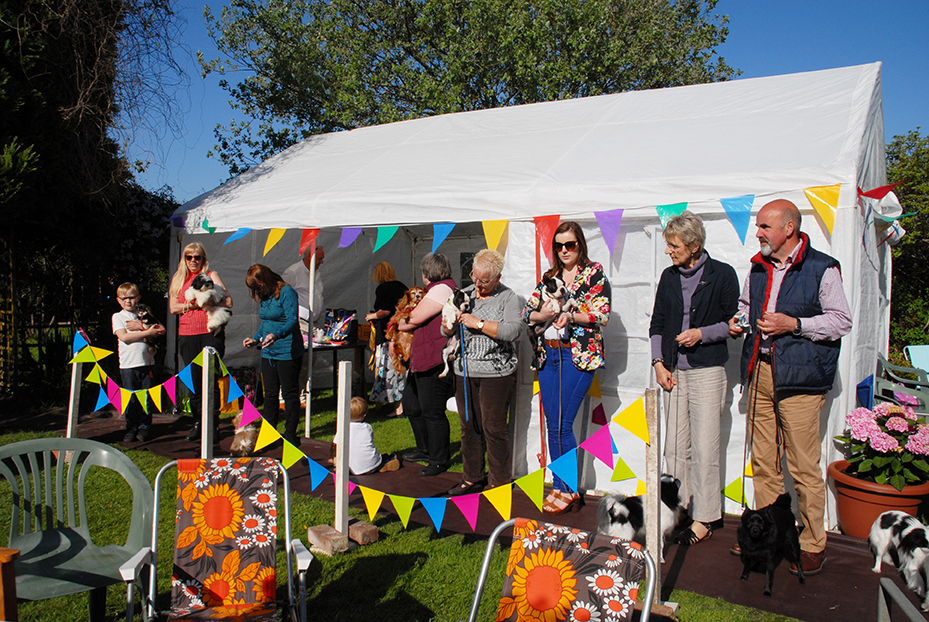 On Saturday 14th May 2016 we saw over 90 people enjoying themselves, having fun with friends at the first event of the newly registered Northern Japanese Chin Club. Hosted by Terry Burgess and Dominic Browne at their home near Liverpool. The sunshine certainly did shine on the righteous as Terry was overheard to say.

They provided us with a fabulous meal fit for kings and queens. Starting with Pimms on the lawn at the beginning of the party, followed by a choice of chicken curry and rice, or/and Salmon, Turkey, Beef, Ham, and all the salad trimmings you could think of, desserts which included chocolate cake, carrot cake, trifle, pear and stem ginger trifle ( my favourite ).

A glass of wine or non alcoholic juice was served with the meal with tea or coffee to finish up with. Thank You Terry and Dominic for your hospitality.

The real fun began after lunch with the choice of classes that one could enter. Thanks to Julie Sparrow for organising them. One game in particular was hilarious, the egg, spoon and sausage race – you were supposed to walk backwards carrying and egg on a spoon with a sausage in the other hand which was holding you dog. Walk to the end of the mat and then let your dog eat the sausage. Chihuahuas, Cavaliers, Chins and a Schipperkie took part. The Schipperkie, belonging to Ian Millar had eaten the sausage before Ian had taken two steps.

The raffle was tremendous and I cannot thank people enough for their kindness in both giving prizes and in buying tickets. First prize was a Fortnum and Mason food Hamper and it was won by Sue Leach.

Click on the images to enlarge or start a slideshow